Treat the flu and stomach bugs: Cinnamon loves to crush bacteria living in your gut. It can even be effective in fighting such nasty and severe bacteria as E.Coli.

Neutralize odors: Cinnamon is a warm, delightful scent. It is often associated with fall leaves and Christmas morning. Even better, cinnamon is effective at killing bad odors. This is because bad odors are often caused by bacteria, and cinnamon is a natural anti-bacterial.

Boost Metabolism: Cinnamon is a kick in the butt to your metabolism. It does this by improving blood sugar regulation and slowing the emptying of your stomach.

Insect repellent: Sprinkle a line of cinnamon where the ants are coming in. They will not cross the cinnamon barrier and will go right back from where they came.

Treat toenail fungus: To treat toenail fungus, apply cinnamon leaf oil directly to the nail in the morning and evening. You can also soak your feet in diluted cinnamon oil mixed with Epsom salt. You will be amazed at how fast and effective this natural treatment is. 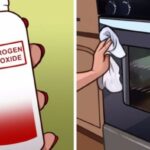 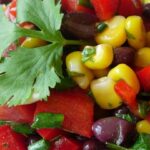