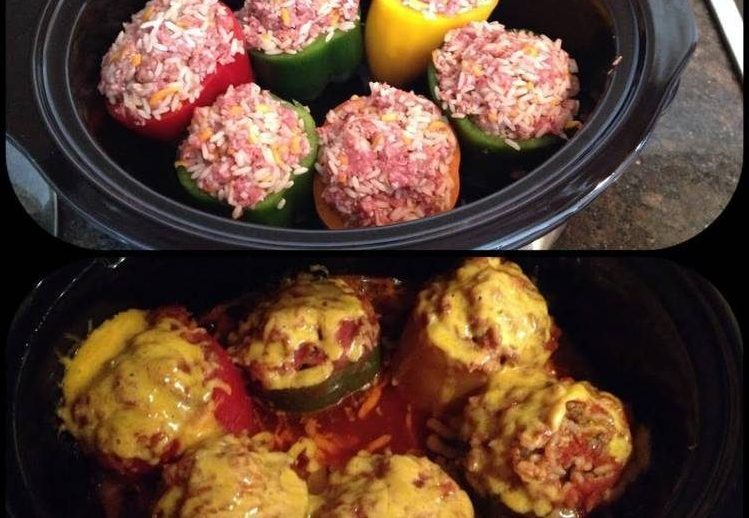 Stuffed peppers are one of the best side dishes I’ve ever had. Especially when it’s stuffed with rice, meat, and cheese! Check out this amazing recipe.

My family loved this recipe. I did stick to the recipe closely. Next time I will add a little more moisture to the meat mixture but other than that I won’t change a thing. So easy to make and a big hit with many different individuals.

Both hubby and I really liked it, thanks for sharing. My revisions were: I used green, red and yellow peppers, did not precook the beef, I sautéed about a cup of onions and added to the mix and I used brown rice. For color and interest, I mixed up the tops by putting green on the red one, yellow on the green, etc. Hubby agreed it’s a repeat!

I’ve always loved stuffed peppers but shied away from making them because I thought it was too much work. These are super easy and yummy! I used fresh tomatoes instead of canned and have tried it with poblano peppers instead of green bell peppers. It’s our new family favorite!

This is a forgiving recipe & is a great base for added or substitute ingredients, to taste. I did not make the recipe as stated but give this a 5 star with my many modifications [using what I had on hand] – My mods. include: adding 1/2 large zucchini/shredded; 3 green onions/finely chopped; 1/4c cilantro leaves/chopped; a splash of Worcestershire sauce; 2T minced jar garlic; 1/3c HOT taco sauce (instead of can tomatoes); finely minced strip steak instead of ground beef [pan cooked in oil before adding to pepper stuffing]; used low-fat mexi cheese blend and 1/4c couscous instead of rice. Stuffed ONLY red peppers. Topped stuffed peppers with some hot taco sauce, S&P, onion & garlic powder. Cooked on LOW in slow cooker 6 hrs. then topped with more shredded low-fat cheese last 10 minutes of cooking.

This is one of those meals that makes you feel good after eating–no grogginess or heartburn. Definitely cook the meat beforehand for this recipe! Ground beef doesn’t do well in slow cookers unless you cook it first. SUBSTITUTIONS: We had to use brown rice and a 10 oz can of Rotel tomatoes and chilies, and it turned out great. We used a little extra water since I was nervous about it drying up. NOTES FOR NEXT TIME: Next time we make this, we’ll keep the brown rice and the Rotel, but I think we’ll use a little extra ketchup and Worcestershire–or better yet, some tomato paste and soy sauce/Bragg’s Liquid Aminos to deepen the flavor. … Since we were short on time, I threw the rice into the slow cooker during my lunch break the day before, browned the beef that evening, and mixed it all together at lunch the following day. Cooked it about 4 hours on low, then 2 hours on high so we could eat an early dinner. … Thank you for this recipe!

Made this recipe on a snowy winter day, came out great. Instead of ketchup, I used a can of fire-roasted tomatoes in the meat mix. Also used vegetable broth not water for more flavor. Yummy results!

First, clean the green peppers, cut off the tops and clean out the seeds and white membrane.
Mix the meat, rice, onion, salt, pepper, and cheese in a bowl until well combined then stuff the peppers with the mixture.
Arrange the stuffed peppers in the crockpot and pour the spaghetti sauce over the peppers.
Cook for 6 to 7 hours on low, I add some cheese on top just before it’s done. 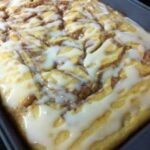 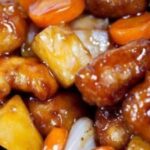